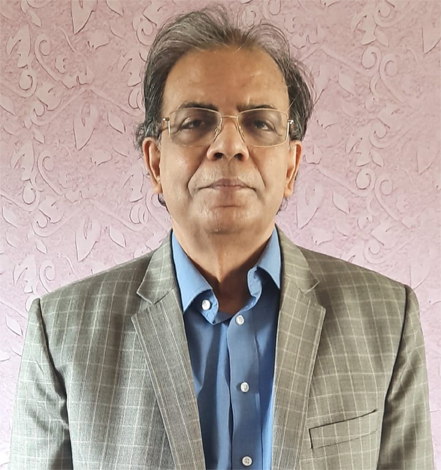 Current Crypto and Wild West
-Siddhartha Roy,Former Economic Advisor, Tata Group
In the winter session of the parliament Government of India is going to introduce a bill on cryptocurrencies. The recent exponential growth in crypto is not an Indian phenomenon alone.

In the winter session of the parliament Government of India is going to introduce a bill on cryptocurrencies. The recent exponential growth in crypto is not an Indian phenomenon alone. According to IMF, the total market value of crypto assets crossed $2 trillion by September 2021. This is about a tenfold increase compared to early 2020. In India an inter-ministerial committee chaired by S. Garg had done a detailed study about virtual currency and suggested a ban on all private cryptocurrencies by highlighting the risk areas. Obviously the committee report has not set at rest all discussions about crypto; further the Government wants to introduce its own digital currency, the bill also wants to provide certain exceptions for the use of blockchain technology. The global nature of crypto assets makes it imperative that the regulators should focus on cross border co-ordination and minimise regulatory arbitrage risks. So our laws have to be in sync with developments in other democracies. Many times one has heard about dollarisation of an economy, in today’s context we are faced with cryptoization. This cannot be wished away.

Writing about crypto one is suddenly reminded of John Lanchester the author of the book “Whoops!: Why Everyone Owes Everyone and No One Can Pay”. In his incorrigible style he wrote:- “Money is a collective act of imagination and it’s a thing which we have invested our credence in , and it works because we do that”. Crypto was introduced around the time of financial crisis, as a group of libertarians who wanted to provide an alternative to fiat currency affected by excess liquidity. They also wanted to bring down money transfer costs. Bitcoin, which is the first crypto based on blockchain technology technology, was introduced around 2008-09. However, the initial impact did not bother the Central Banks, crypto values used to be volatile, supply was largely fixed based on a programming algorithm, the demand fluctuated leading to change in the price of crypto. However, in the subsequent cryptos which came to be known as Stablecoins, were backed by reserve assets mostly dollar. This made cryptos more attractive and they started attracting transactions from fiat currencies into crypto territory. This started creating new challenges for the Central Banks. In this context, it may be useful to list down the key worries of RBI. When cryptos evolve from speculative assets and become a viable medium of exchange then cryptos would affect monetary, fiscal and exchange rate policies. So far as monetary policy is concerned digital cryptos would make traditional fiat currency based monetary policy less effective in terms of interest rate setting, adjustment of money supply and inflation control. The monetary authorities, basically the Central Bank will have lesser control over monetary parameters, as digital currencies are outside its orbit. Once, the Stablecoin cryptos develop substantial credibility, nothing prevents it from breaking away from reserve currency linkage and pursue a monetary expansion path that is in line with the crypto’s profitability objective.

The next question that arises is about fiscal policy, greater the substitution of fiat currency by cryptos higher will be the seigniorage loss. Government in an total fiat currency regime gets the entire seigniorage, this income will be lost. Further, cryptos may facilitate money laundering and tax evasion leading to further problem on the fiscal side. Cryptos will clobber the monetary sovereignty of RBI as indicated earlier and at the same time it will endanger fiscal stability and could widen the budgetary deficit. Thirdly, the value of crypto can fluctuate in fact there can be a crash in value. This can have a serious negative wealth effect and consumer spending can go down.

Fourthly, crypto currency can be easily transferred abroad, consequently cross border flow which is more than permissible amount would mean defacto Capital account convertibility. Further, when one operates through Stablecoins, there is a rupee-crypto market rate, crypto-dollar market rate and rupee-dollar market rate. Rupee bitcoin rate will affect rupee dollar market too. At the crypto user level, it is indeed true that consumer protection risks are quite significant given inadequate disclosure at every stage of the crypto operation. Anonymity, which is a part of crypto increases data gaps for regulators and enhances the scope of money laundering. In the current crypto ecosystem illegal transactions can be traced but pin pointing the parties would be very difficult.

People who are concerned about the monetary sovereignty of the Central Bank, and the role of money supply in controlling inflation and accelerating growth prospects often felt that cryptos are based on “greater fool theory”. In other words someone will pay more for the crypto tomorrow that one holds today. After all cryptos don’t have any underlying income stream. This makes one ask the question, how has crypto survived notwithstanding the volatility and fragility and high carbon foot print.

The answer possibly lies in (1) the attraction of get rich soon by using technology; (2) the seigniorage gets divided unlike that of fiat currency. This division of seigniorage for crypto provides incentives for mining; (3) a dedicated sense of demand can establish a new currency in a strong footing. For example, demand for Bitcoin got bolstered by dark websites like Silk road. In some cryptos criminal activities determine 50% of demand.

Regulators around the world have started focussing their attention on crypto, China has banned them, USA is considering a range of measures, India is about to introduce a bill banning private crypto currencies. The acceptance of cryptos as a legal tender like El-Salvador is out of the question in emerging economies like India which won’t like to give up sovereign rights on monetary and fiscal policy making. The emergence of blockchain technology 10-15 years back allowed people to look at creation of money and its valuation differently. However, it lacks all the three fundamental qualities of money as an unit of account, store of value and medium of exchange. Its volatility makes it difficult to use crypto as an unit of account or as a store of value, with its value fluctuating its also not a very convenient instrument of exchange.

One is reminded of 1837 to 1863 period in USA which was a free banking era, any bank could issue its own currency, regulations were almost non-existent, private money was subjected to wild price fluctuations. Cryptocurrencies which are barely regulated can be compared with, the wild west. Stablecoins backed by a reserve currency could be a shade better. So clear rules of game are necessary for crypto to survive and grow. In this context, Indian law on crypto, which will be introduced shortly, has a potential to be a pathbreaker in its approach. One of the issues faced by traditional banking system relates to efficiency and cost of transfer of funds, this is an area where a digital Central Bank Currency can provide both safety, efficiency and financial inclusion. For cross border transfer it would be useful to prepare a roadmap with a timeline with countries from which India gets remittances.

Disclaimer: The opinions expressed in this article are the personal opinions of the author. The facts and opinions appearing in the article do not reflect the views of Indiastat and Indiastat does not assume any responsibility or liability for the same.

This section gives information about Key Economic Indicators in the country, with weekly updates.

(Figures in Rs. in Crore)

Foreign Exchange Earnings from Tourism (In US $ Billion)

This free app is available, in seven International and twelve Indian Languages, at Apple Store and Google Play

A storehouse of socio-economic statistical of 620 districts. A cluster of 11 associate websites

A collection of over 4000 data-oriented publication in print, eBook, eFlipbook & web-based access formats

Soon to be launched, a comprehensive collection of Infographics, videos, maps and charts on various socio-economic and electoral Insights
Follow us on :